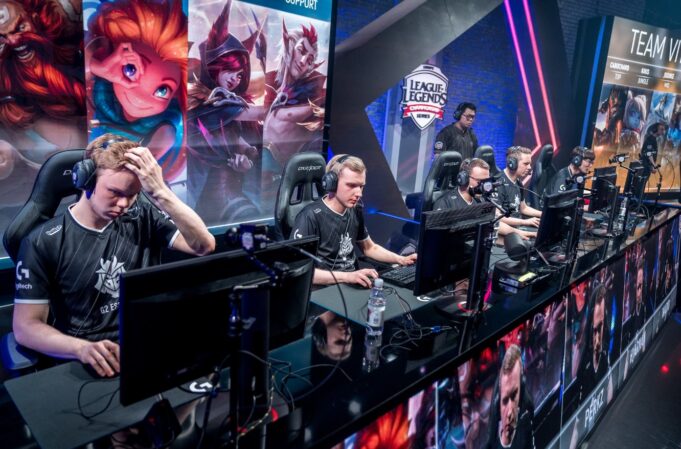 Becoming a professional esports gamer might sound like a pipe dream to some, but if you’re truly talented as a gamer, have a vibrant personality, or both, then you have a chance of at least making some money as a gamer. What separates the small, more obscure professional gamers and the well-known ones is usually hard work, effort, and discipline. And, if you’re ready to make the sacrifices needed, then you could actually make it big in this industry.

It does help to know a bit about how the industry works first, however, and to be prepared for some of the obstacles you might face. Let’s take a look at a few tips every aspiring competitive gamer should follow.

Invest in a Good Desktop and Laptop

If you truly want to improve your game, you will have to get as many hours of practice in as possible. You might also have to practise with other players in an outside location. Because of this, you will need to think about buying both a desktop and a laptop. A desktop will give you the level of power needed to compete at the highest level and a good laptop will allow you to get some practice on the go.

You do have to make sure that the laptop you get is elite, however. We do understand that you may be strapped for cash right now, and that a machine like this will cost you, but there are some affordable packages out there. If you want something that will be both powerful and accessible, we suggest you check out these Ryzen 7 Gaming PCs from Lenovo.

Consider More than One Revenue Option

You should know that there is more than one way to become a professional player. If you’re hell-bent on becoming an esports player, you might end up disappointed as there are only a few opportunities to earn a full living as one. Pursuing other options will give you a plan B in case you don’t make it and will help you finance your way to becoming one if you do make it.

Some of the things you could do to earn revenue right now include starting a review site or review channel on YouTube. Or you could start a simple Twitch channel. We’re assuming that you have an above-average skill level, and your skills alone are enough to get a small audience. It’s even better if you can inject some of your personality in there.

You can also make things interesting by issuing open challenges to more well-known streamers either through your videos or by commenting on the person’s page. If you’re good enough, get one of your challenges accepted, and you win, this could be your ticket to becoming a mini or major star on the platform.

Other revenue options include becoming a QA tester, pay-to-play games, creating gaming tutorials, and video game development, among others.

Another thing we recommend is to not be stuck on the usual suspects like CS:GO, Smash, or League of Legends. If you’re into MOBAs, for instance, and you want to become a major League of Legends player, know that there are dozens of other MOBAs that you could try like SMITE and Heroes of the Storm that all have a solid following and lots of tournaments. The same goes for fighting games and first-person shooters.

So, if you have a few titles in your genre that you are familiar with but have never truly pursued, maybe you should check out the competitive scene for them and see if you could have a better chance at competing there.

Look at as Much Footage and Live Play as You Can

You need to get yourself immersed in the scene and not focus on your game only. You also have to watch other players play as much as you can. You can always learn the basics of gaming and improve on them through practice, but it’s through watching top-level players play that you catch on to some hidden tricks that you can use later on.

Watching people live can give you an idea of how teams operate and pick up on some of their habits. You can also get some insight into their setup and how they use it in live competition.

Get the Right Peripherals

Speaking of setup, you will need much more than just a good gaming computer to be competitive in the genre. Your gear needs to rival those of the players you will go against. It doesn’t have to be at the same level, but there are some elements you’ll absolutely need to switch if you want to stand a chance.

Some of the things you’ll need to compete are a mechanical keyboard, a wireless headset, and a wired gaming mouse for faster reaction times and more accurate movements. You also need to get a good screen with at least a 144ghz refresh rate and between 1ms to 5ms monitor response time. Make sure it’s an IPS display too.

Another thing that people sometimes overlook is their internet connection. You will be at a large disadvantage if you play through a wireless connection as they’re less consistent. So, even if that seems inconvenient, you have to consider switching to a wired router. You may also want to upgrade to a fibre connection if you’re using cable or another option.

Goldenglue, a popular MOBA esports player, said that he practices at least 10 hours per day on his game, and he’s not an outlier. It’s not uncommon for pro-competitive players to play anywhere from eight to ten hours per day. This means that you have to be ready to truly dedicate yourself if you want to make it, and you might have to make some rearrangements in your life to pursue your dream.

These tips will help you in your journey to becoming an esports player. The first thing you have to do is check your passion for the sport and be willing to put in the same level of work and effort as the people you’re trying to go up against.