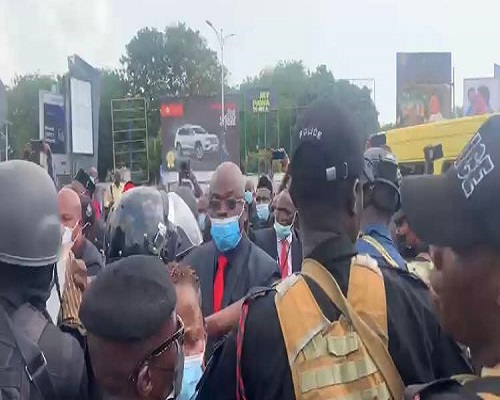 The Minority Members of Parliament Thursday embarked on a demonstration to protest the 2020 parliamentary and presidential elections results which they described as “flawed”.

The MPs left Parliament House and marched towards the Electoral Commission’s headquarters but were stopped by the police around the Liberation Roundabout at Ridge in Accra.

A scuffle ensued as the MPs tried to make their way through but the police resisted.

The MPs demanded that they be allowed to go present a petition to the Electoral Commission Chair, Jean Mensa or a representative from the EC, but the police would not budge.

Watch the video below:

Games that are specific variations of poker on safety playground Toto

Why you should consider donate to Israel?