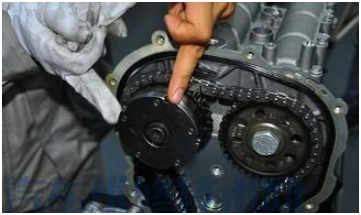 Next, Easybom will elaborate on “what does a camshaft position sensor do”.

The camshaft position sensor uses the Hall effect to determine the position of the camshaft: a tooth made of ferromagnetic material is provided on the camshaft, which rotates with the camshaft.

When the tooth passes through the Hall-effect semiconductor sheet with current flowing in the camshaft position sensor, the magnetic field of the sensor deflects the electron flow direction in the Hall-effect semiconductor sheet to be perpendicular to the current direction, thereby forming a voltage signal in a short time. Inform the ECU: The first cylinder is just at the top dead center of the compression stroke at this time.

When the camshaft position sensor fails (such as unplugging the wiring harness plug of the camshaft position sensor), whether the diesel engine can be successfully started cannot be determined, and it should be considered according to the specific model. Even if the same electronic control system is used, some models can start, and some models cannot, which mainly depends on the control strategy of the system.

The crankshaft position sensor is used to detect the engine speed, crankshaft position (rotation angle) signal and the top dead center signal of the first cylinder, and the compression stroke of each cylinder. It is the main signal to control the timing of fuel injection and ignition. As the airflow sensor, it is the main sensor in the centralized engine control system. In the computer-controlled electronic ignition system, the crank angle signal of the engine is used to calculate the specific ignition timing, and the rotational speed signal is used to calculate and read the basic ignition advance angle.

The camshaft position sensor is also known as the phase sensor and the synchronization signal sensor. Its function is to detect the angular position signal of the camshaft, and the ECU determines the top dead center position of the piston of a certain cylinder (such as cylinder 1), which is the important signal used to control the injection and ignition timing.

How to Detect a Camshaft Position Sensor?

The detection of the camshaft position sensor is as follows:

What will happen if the camshaft sensor fails?

Conditions that can Cause a Camshaft Position Sensor to Fail

In the following part, we will discuss “what causes a camshaft position sensor to go bad“.

How to check if camshaft position sensor is bad? You can find an answer in the following part.

At this time we can boldly judge that there is a problem with the camshaft position sensor.

If the Hall camshaft position sensor is to be detected, it needs to be detected according to the principle of the Hall effect. When a current passes through the Hall element, if the direction of the current and the direction of the magnetic field of the Hall element are perpendicular to each other, a tiny voltage will be generated on both sides of them, which is called the Hall voltage by physicists. In order to determine whether the Hall sensor has sent a signal, it is only necessary to use the DC voltage to detect whether the average voltage of the Hall sensor is fixed. If you want to survey the photoelectric camshaft position sensor, you can disconnect the ignition switch, then use the sensor wire to connect to the plug, and then use a multimeter to connect to terminal 3, and then use a voltmeter to test. If not broken, the voltage should be above 4.5V, but if the voltage is 0, then the sensor is faulty.

In the following part, we will have a deep insight into “how to replace camshaft position sensor“.

① It is recommended to disconnect the negative terminal of the battery when removing the sensor.

② Release the camshaft position sensor connector from the bracket and disconnect the connector.

③ Release the harness from the clip.

④ Remove the bolt and remove the sensor. 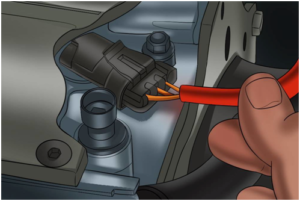 ① Clean the sensor and the joint surface.

② Fix the sensor, install the bolts and tighten to 10N·m.

③ Connect the camshaft position sensor connector and fix it on the bracket.

④ Connect the ground terminal of the battery.

Important Electronic Devices For People Who Work From Home

What Are The Benefits Of Keeping A Tool Kit For Truck Drivers?

Direct Marketing in 2022: What to Expect – Daniel Kilbanoff

Is There Still A Problem with Accessibility? – accessiBe