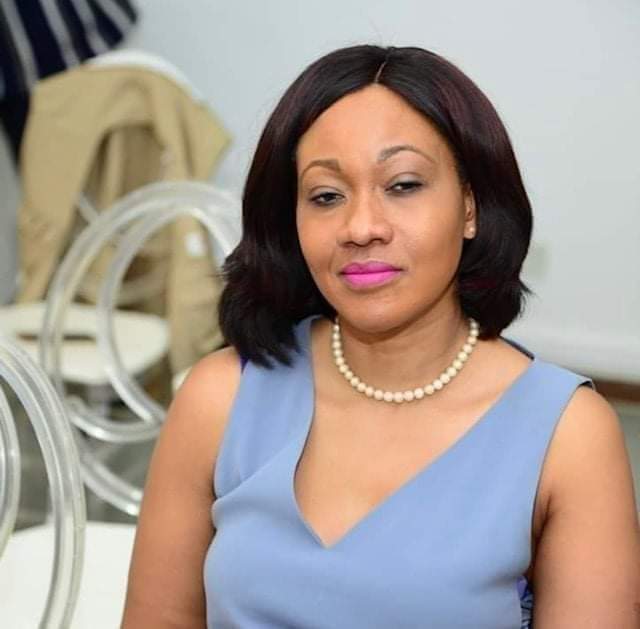 Ghana’s Electoral Commission(EC) has announced that it will break from active work on December 23 for the Christmas festivities.

It supporters have since taken to the streets to protest what they say an attempt to subvert the will of the people.

To them, Jean Mensa who is the Chairperson needs to declare John Dramani Mahama as the winner of the 2020 election.

But the Electoral Commission has announced that it will be breaking from active work after working so hard for the year.

The Commission is expected to break on Wednesday 23rd December 2020 and will resume active office duties 19th January 2021. 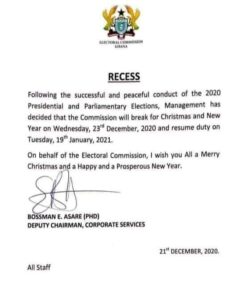