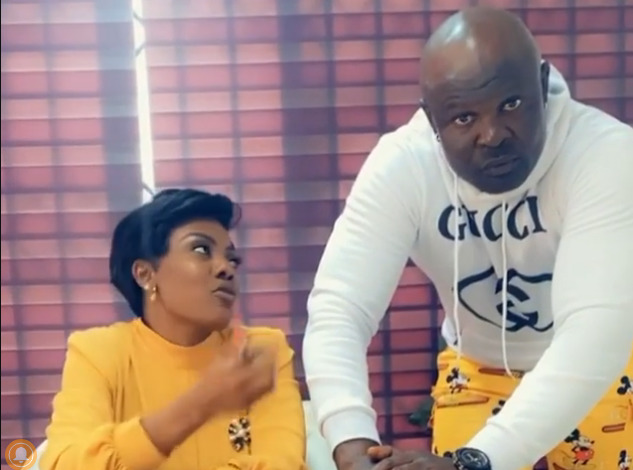 Some months ago, Bukom Banku was brought in to host a show dubbed ‘Bukom Banku Live show‘.

Bur in a rather surprising turn of events, the management of the TV station headed by Nana Aba Anamoah in a statement today, December 31, announced that they are no longer going to work with Bukom Banku come 2021.

In their statement sighted online, they have taken this decision because they stated the show to ease tension ahead of the election and as such, they was no need to keep it now the elections are over.

Read the full statement below:

“Bukom Banku and management of GHOne TV wish to express our sincerest gratitude to cherished viewers and sponsors of the Bukom Banku Live show and the general public.

The show will not be returning to your screens this January having served the purpose for which it was created during the political campaign season.

In its short life span, the show built an ardent following and made a considerable impact in a number of slum communities. We are grateful for the show of love and support. Watch out for a blockbuster. Season’s greetings” 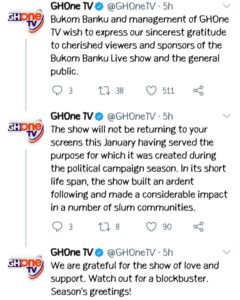