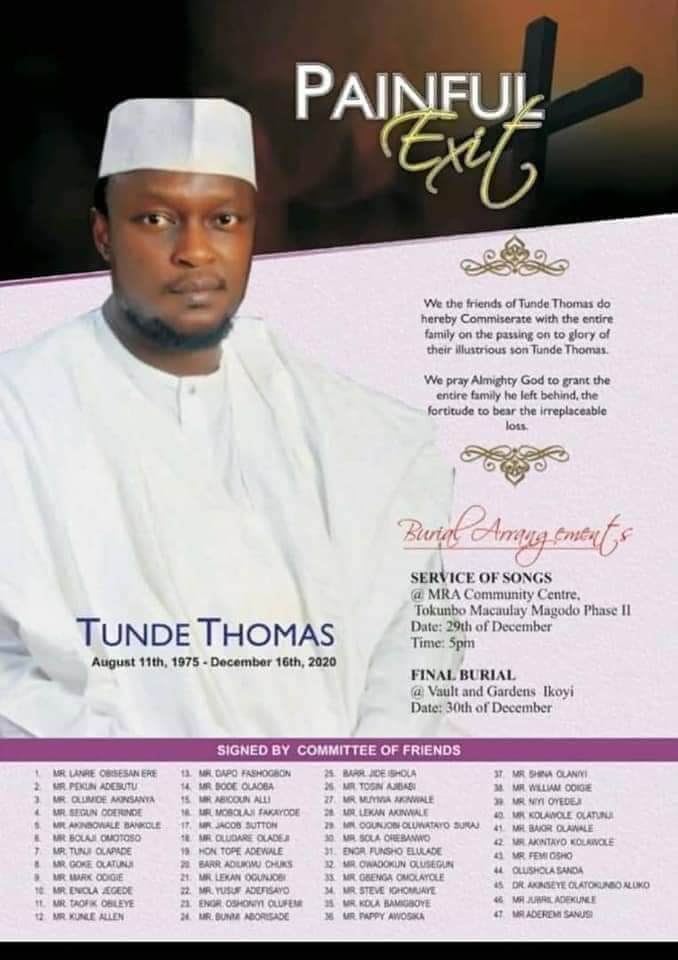 The shocking death of the 45-year-old banker has left relations inconsolable not because he was expected to live forever but the mystery surrounding the whole incident.

According to media reports, the deceased only identified as Thomas died a fortnight ago after discovering that his two children were not his but that of his wife’s Managing Director.

Nee Ojo also a banker, was reportedly engaged in an office romance with her MD, a relationship that was well known to all in the bank.

Happily married Billionaire MD got carried away in fornicating with woman who also spared no thought for Tunde who was bringing up the two children he thought belonged to him.

Those in the know say Tunde was so in love with and attached to his wife and children that he spent most of his resources on them. He took them to London and Dubai on holidays. He also spared no penny in putting the kids in the best schools.

At the height of the shameful relationship and when the older child was about eight (8) years old, the adulterous woman resigned from the job and travelled to the US with the two children, ostensibly on holiday.

She then went to the extent of filing for asylum in the US on the ground of marital violence in Nigeria, against a man known to all men by his gentle and easygoing disposition. Her aim, we learnt, was to get the Green Card and also get Tunde barred from entering the US, so she would not be able to look him in the eye and tell him the bitter truth.

Not long after receiving the sad news first in 2017,Tunde reportedly suffered stroke. He recovered from the stroke but said to have become a shadow of his former self, as he would often cry without reason. 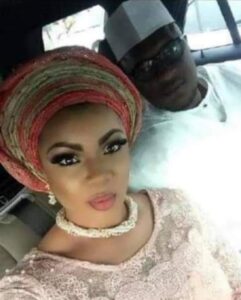 As he got over the illness, Tunde was said to have tried to pick up the pieces of his life. He reportedly started another relationship with a lady lawyer. Soon, he invited some friends to accompany him to visit the lady’s parents on 26th December. However, the visit was not to be. Tunde was said to have got home from work in the night of 15th December 2020 and collapsed at his residence’s staircase. He died instantly.

Autopsy report puts the cause of his death as ‘heart failure’ .

Tunde Gentle, a former staff of the defunct Oceanic Bank, was buried on Wednesday, 30th of December 2020.