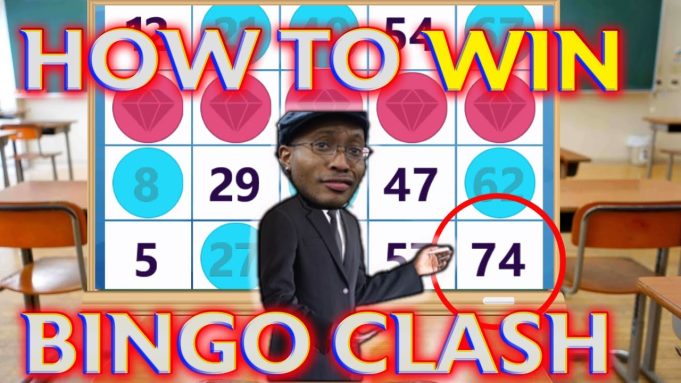 Bingo Clash is a new and exciting bingo game that is quickly gaining in popularity. The game is simple to learn but can be complex to win, which is why so many people are drawn to it. Plus, if you’re skilled at the game, you can earn a solid amount of cash on the side.

We’ve put together the ultimate guide to take you from a total beginner at Bingo Clash to one of the top-level players.

Unfortunately, we can’t guarantee you’ll reach that level from reading this article alone — you’ll have to put in the hours, apply the best strategies, and continue practicing. That being said, let’s cover the fundamentals.

What is Bingo Clash?

Bingo Clash is your typical digital bingo game, but with a few twists. First, like any other game of bingo, it’s multiplayer. However, instead of winning because you reach bingo first, players win based on the number of points they earn throughout the round.

That’s because Bingo Clash is a skill-based game. Every player’s randomization amount is the same. It’s up to the player to have the most optimal strategy (which we’ll go into toward the end) and fast reflexes.

Since each tournament has a different entry fee and prize pool (whether for in-game or real currency), you’ll be awarded in proportion to the stakes you choose. For example, a $20 entry fee tournament might yield a $2000 prize pool with 100 players, whereas a $1 entry fee with 200 players would have a prize pool of $200.

As for game mechanics, every player receives a 5×5 card with the same set of numbers.

Every two seconds, a new number is shown on the screen. Players must match the number to the corresponding block as quickly as possible.

Each round lasts approximately two minutes, and the player with the most points wins. Of course, the goal is to get as many bingos as you can in the round. Namely, diagonal, horizontal, vertical, and all four corners.

Who can play Bingo Clash?

Unfortunately, because Bingo Clash is a cash game, some US states have regulations limiting its accessibility. Otherwise, anyone over the age of 18 can play for free or win money.

Here are the states where Bingo Clash is limited:

How to win at Bingo Clash

In this section, we’re going to give you the best strategies to win at Bingo Clash consistently. Since the game is founded on skill-based match-making (SBMM), it’s likely you won’t win every game. However, with the right mindset, tools, tactics, and practice, you will improve.

Be patient with your bingos

Our first tip might be a little counterintuitive. Your first inclination may be to redeem your first bingos immediately. But as you play more and more, you’ll realize that isn’t the optimal strategy.

In reality, you should wait until you have at least two bingos before cashing in. That’s because each subsequent bingo is worth more points than the last.

Additionally, if you wait to cash in your bingos and you have power-ups on deck, you can increase the number of points you receive.

As you can see, being patient with your bingos pays off! However, if the game is almost over and you only have one bingo, don’t hesitate to cash it in.

Use your power-ups strategically

It’s hard to stop yourself from using your boosts right away. We live in a world where instant gratification is normal, so it makes sense. However, you should treat your boosts exactly like your bingos — be patient.

If you’re unaware, the three boosts in Bingo Clash are G-boosts, diamond boosts, and x2 boosts.

The G-boost is the most common, while the x2 and diamond boosts are less common.

That means you must use your rare boosts carefully. For instance, let’s assume you hold your bingos and wait to cash them in at the end. If you received an x2 boost, you could also cash them all in at the end, thereby maximizing the number of points received!

Speed is queen, patience is the king

Throughout the article, we’ve mostly been emphasizing patience. And it’s true, there are parts of the game that require extreme accuracy and speed.

For example, if you’re one of the first people to click a number, you’ll get more points than someone who clicks it an instant later.

That said, there are some portions of the game that don’t require too much speed. We’ve found it’s helpful to take our time when choosing which numbers to daub.

Pro Tip: Make sure to daub a number immediately after you’ve confirmed the given number is NOT a match. That way, you can prepare for the next number.

Additionally, power-ups are rewarded on the speed at which you match numbers. So if you’re quick, you could potentially get a rare power-up rather than a G-boost.

And if you don’t think your reflexes are fast enough, here’s the most important tip on the list.

As humans, learning curves are an innate part of our lives. Whether it’s video games, information, or sports, there will always be an “aha moment” when you finally see improvement.

To be highly successful at Bingo Clash, practice is a must. So whether you practice with lower stakes or even in-game currency, it’s a non-negotiable for getting better.

To win at Bingo Clash consistently, you need to be patient and use your power-ups strategically. Additionally, practice is key, so make sure to set aside time daily to play the game. Creating a routine of playing the game will allow you to enter a flow state and rapidly improve your progress. That being said, we wish you luck playing Bingo Clash!