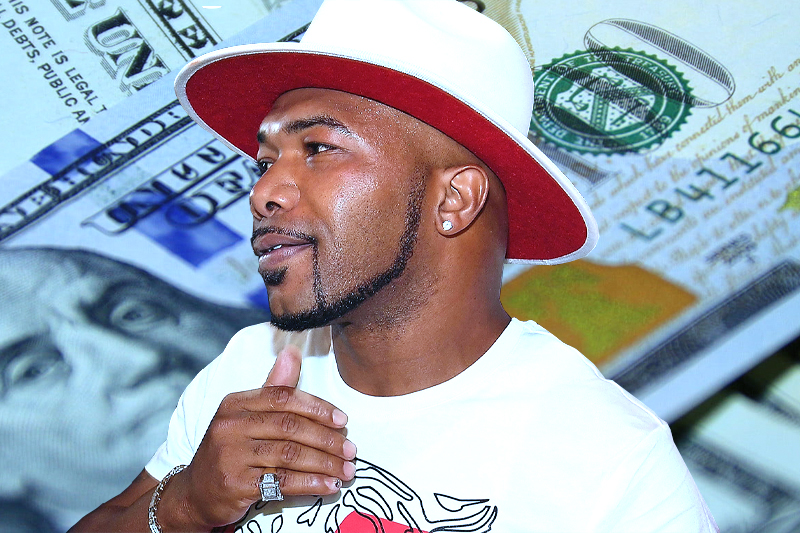 Any business owner who received money through the PPP had to certify that they would use it to “retain workers and maintain payroll or make mortgage interest payments, lease payments, and utility payments, as specified under the Paycheck Protection Program Rule.” Fayne, allegedly, spent his check on $85,000 worth of fine jewelry and approximately $40,000 on child support.

The reality TV star owns a company called Flame Trucking in Lawrenceville, Georgia, and in seeking the PPP loan, he had claimed to have a monthly payroll of about $1.5 million, for 107 employees. But the $2.04 million that he received in federal relief money almost instantly went toward personal treats, including a Rolex watch, a diamond bracelet, and a 5.73 carat diamond ring for himself.

On Monday, agents raided Fayne’s residence in Dacula, GA, seizing about $80,000 in cash, as well as his jewelry collection and a 2019 Rolls-Royce Wraith that the reality star had recently leased. It still had the temporary dealer tags on it. When asked whether he had used PPP money to pay for the car’s lease, Fayne had responded, “kinda, sorta, not really,” according to an affidavit.

Prosecutors say that an additional $503,000 of PPP funds were seized from three separate bank accounts under Fayne’s name.

“The defendant allegedly stole money meant to assist hard-hit employees and businesses during these difficult times, and instead used the money to bankroll his lavish purchases of jewelry and other personal items,” said Assistant Attorney General Brian A. Benczkowski of the Justice Department’s Criminal Division.

But it seems that, for now, Fayne is claiming ignorance as a defense for his spending spree. When asked for comment, his lawyer, Tanya Miller, defended her client’s actions this way: “There has been considerable confusion among small business owners about PPP guidelines — particularly around the question of whether and how business owners are permitted to pay themselves a salary or take an owner’s draw. I hope these issues to be better fleshed out in the weeks and months to come.”

According to court documents, Fayne had told agents that he “believed he had the right to use part of the PPP loan proceeds for ‘other business purposes’ and for ‘working capital.”