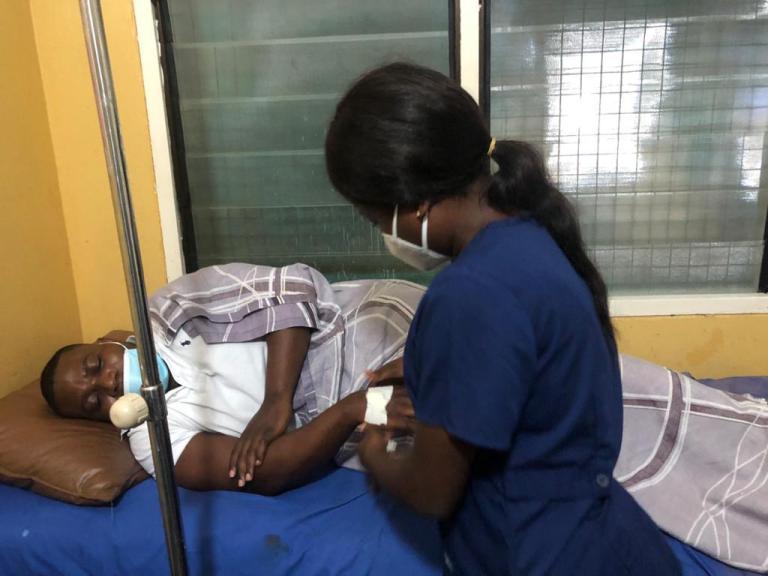 Executive Director of the Alliance for Social Equity and Public Accountability (ASEPA) Mensah Thompson has been hospitalized in a suspected food poisoning.

This comes in the wake of a major demonstration against the inauguration of President Akufo-Addo as President of the Republic.

Mr. Mensah, who is staging the demonstration in conjunction with other allied Civil Society Organizations (CSOs) are planning a protest against the Electoral Commission (EC) and the inauguration of President Akufo-Addo as President is currently receiving treatment in an undisclosed hospital, a source revealed.

Following the National Democratic Congress’ (NDC) ban on protest, as ordered by the police, the CSOs have taken it upon themselves to challenge the result of the Techiman South constituency seat on behalf of the party.

The gathering will begin at Circle Obra Spot, after which they march to the EC’s office to present a petition come on today, January 4.

By extension, they are demanding a public collation of the parliamentary results of the 2020 general polls.

The organization, with the aim of promoting transparency in government, said the outstanding seat is the game changer in parliament, and for that they have to ensure it is allocated to its legitimate owner.

Despite the seat being called for the New Patriotic Party’s Martin Adjei Mensah Korsah, the CSOs believe there is no evidence of public collation, per constitutional requirement.

With his hospitalization, it is unclear the current status of the demonstration.