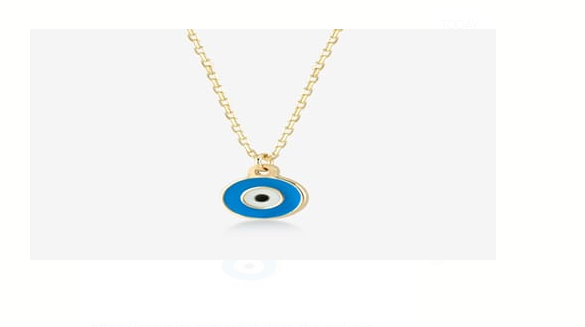 Humanity traces the evil eye back to some of its most profound and enduring beliefs as early as the dawn of civilization. Throughout history, humans have relied on magical objects known as talismans or amulets to aid them in life and protect them from the unknown.

Around 5,000 years ago, the symbol was first discovered by the Mesopotamians, although it may actually date back as far as the Upper Paleolithic. Jews, Christians, and Muslims use this symbol as well as Buddhists and Hindus. It makes you think that we don’t think too differently from each other after all, that the world is a small place.

What Does The Evil Eye Mean?

An evil eye is a curse cast by a jealous gaze or some other negative energy, which is usually directed at an unaware individual. According to many cultures, receiving the evil eye will lead to misfortune, bad luck, or injury. The evil eye is said to be protected by jewelry, talismans, and amulets with the eye symbol.

People who wear evil eye bracelets believe that they will be protected from bad luck and evil spirits. A talisman and amulet at the same time, the eye symbol has the capacity to protect as well as empower you. Among the believers, it is common to wear this protective symbol for good luck or for protection from the evil negative energy.

As a believer, you can believe that the eye will provide you with protection, strength, and vitality to guide and assist you in living harmoniously within today’s society.

For some people, the colors of evil eye jewelry are just a matter of taste, but for others, they have spiritual significance.

Traditionally, the color black is associated with good karma, positive energies such as commitment, motivation and creativity, as well as protection from the evil eye.

In addition to providing protection against the evil eye, the color blue symbolizes truth and broadening of horizons.

A yellow sun symbolizes strength, energy, and the ability to overcome health challenges, as well as aids in concentration and focus.

Playfulness and happiness are associated with this color, which helps you to express your creative side.

With red, the color of fire, you gain more energy, strength, and courage. It protects you, gives you courage, and gives you the strength to face the anxieties of life.

Pink is a peaceful color that protects your friendships and promotes comfort and relaxation.

With this earth color, you can pursue new ideas and succeed through balance and gratitude.

By removing obstacles and finding balance, you can examine your life with the color of divinity.

It is a tradition to use the “evil eye”, “mati”, “ojoTurco”, “nazar”, for all occasions, including new babies, new businesses, housewarmings, and even new cars. Whenever a ‘good luck’ wish is appropriate.

As a result of the concept expressed by the term, many cultures have taken protective measures against it. Its significance varies greatly from culture to culture.

Old Testament translations mention the idea several times. Numerous tribes and cultures in the Mediterranean and Asia held this belief. These decorations are called nazars, which are used to repel the evil eye and are found throughout Greece, Turkey, Egypt, Iran, Iraq, Lebanon, Morocco, Southern Italy (Naples) and the Levant and are becoming a popular souvenir among tourists.