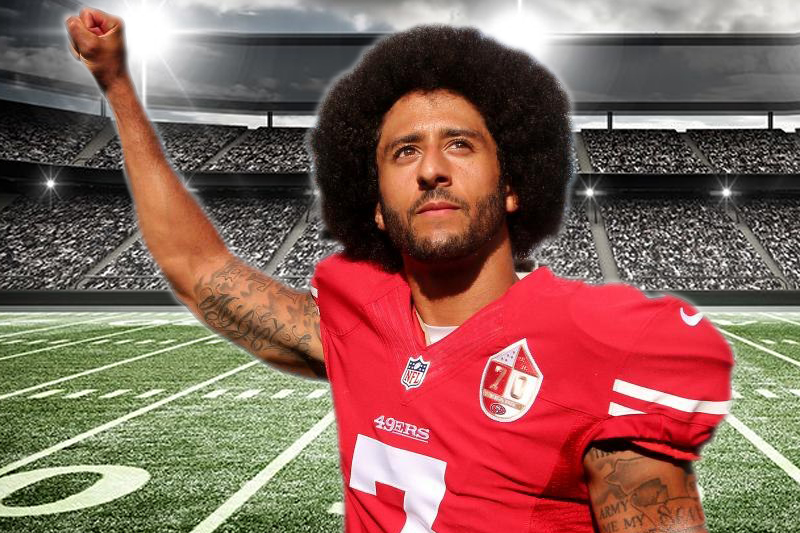 As the NFL has taken a more progressive stance on the social injustice, Colin Kaepernick has gone from villain to hero. Commissioner Roger Goodell made comments to further elevate Kaepernick. Earlier this week in an ESPN interview, he said, “Well, listen, if he wants to resume his career in the NFL, then obviously it’s going to take a team to make that decision.” Then Goodell pushed further, “…I welcome that, support a club making that decision and encourage them to do that.”

So, a player who appeared to be blackballed from the league, now has the official green light to return. Maybe even more than a green light, there now may be a positive incentive to sign Kaep. He’s a “distraction” no more. With that being said, which team could benefit by signing the former NFC Champion quarterback?

Los Angeles Chargers – This option has gotten the most buzz in the media. The Chargers need to generate some sort of boom as they come into a new building in Los Angeles while competing against the Rams for fans.

The Chargers have Tyrod Taylor on the roster already and they just drafted Justin Herbert in the first round. Their quarterback situation is pretty solid. But Kaep brings another factor. He would immediately be among the top jersey sellers in the league and, in a progressive city like LA, he’d be embraced. Also, he would be united with Anthony Lynn, an African American head coach known for great leadership. It might not be the right move in football terms, but in organizational terms, it would bring some boom to the franchise.

Baltimore Ravens – Greg Roman was his former offensive coordinator in San Francisco, Kaepernick’s former team. He’s now in Baltimore. Backing up Lamar Jackson would be a perfect role for Kaep, who could help elevate the game of last year’s MVP. If Jackson were to get injured, Kaep would be a solid back up, particularly because he’ll know the playbook from the moment he walks through the locker room door. Kaep also played for John Harbaugh’s brother, Jim, in San Francisco and competed against the Ravens in his only Super Bowl appearance. There are lots of connections with the Ravens for Kaep.

Houston Texans – Like the Ravens, the Texans already have their young, dual-threat franchise quarterback, but that’s what makes them a logical fit. AJ McCarron is a traditional Bill O’Brien pocket passer at the No. 2 spot and, if anyone’s proven to be open to off-the-wall roster moves, it’s O’Brien. Kaep would be a more mobile option to backup Watson should anything happen to the young star.  More than that, just about every prominent leader on this team, from O’Brien to Deshaun Watson to J.J. Watt, has been explicit in their advocacy for social justice. And Houston’s still got plenty of cap space.

Tennessee Titans – Team leadership, including ownership and QB Ryan Tannehill, have been talking up renewed action in the social justice movement, and on the field, Mike Vrabel might prefer having someone other than Logan Woodside as his backup. The Titans saw how valuable signing Tannehill as a backup was last year when he took over for Marriota and led them to the playoffs. Not saying Kaep would do the same, but he would be a better option than what they have and he has the mobility they desire.