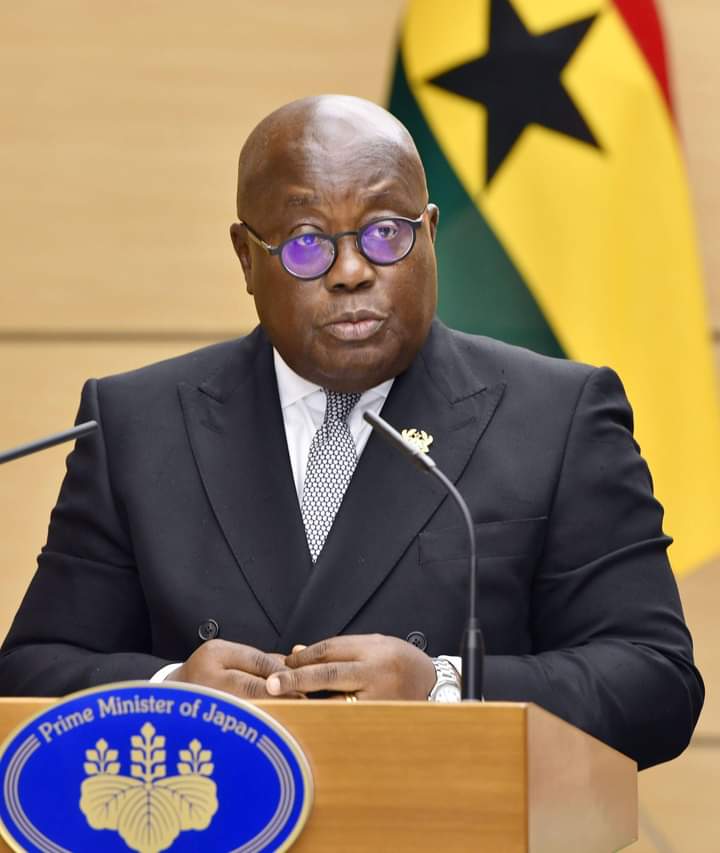 A group calling itself Voice Of the Nation (VON) has requested the President elect Nana Addo Dankwa Akufo-Addo to resign because he does not deserve the position.

According to a statement from the group, signed by it Chairperson, Mariam Dzifa Mohammed, there is enough evidence of fraud in the just ended elections and for that the President-elect should resign.

Read the full statement below:

AKUFO ADDO MUST RELINQUISH THE TITLE “PRESIDENT-ELECT” NOW!!
Good morning our friends from the media, all CSOs, fellow Ghanaians. As it’s known of us the Voice Of the Nation (VON), being the voice for the voiceless. Anytime a situation becomes a matter of great concern, to the good citizenry of our dear nation Ghana.

We go to the people and listen to them from every level and all walks of life.  The narratives hasn’t changed for the Voice Of the Nation, in this 2020 political season. Already anxiety has been conceived and continues to heighten in apprehension. Ghanaians as we listen to them, are generally calling for justice, and respect for the true mandate of the people, by the people, and for the people. A typical understanding of Democracy being simplified.

The people for that matter Ghanaians are condemning those who are calling for peace. Without insisting on adherence and respect for justice.  They say peace will always remain an illusion, and fantasy in the absence of freedom and justice. As such Voice Of Nation joins the preponderance of Ghanaians, calling for justice in the just-ended election.

We followed the elections procedures keenly, even from the assertion and controversy of whether to compile or not a new voter register. We saw how monopolistic, lack of consensus by stakeholders, showing interest by the Electoral Commissioners. Namely the Chairperson Jean Adukwei Mensa, Deputy Chairperson Bossman Asare, director Electoral  Services Dr. Serebour Quaicoe

The largest opposition party(NDC) hence the previous government had unrelentingly indicated, that they doubt the neutrality of the trio as all of them are card bearers of New Patriotic Party(NPP) the incumbent. The NDC has implied comments made on national media by the triad at a different time, and places showing openly the side they belong to with passionate interest.

Now, these and many more necessitated the flag bearer of the NDC H.E John Dramani Mahama to caution vehemently that he will not accept an outcome of a flawed election. This statement compelled Candidates Akufo Addo who also came out to promise  Ghanaians that he will not accept being a president of a flawed election. We kept these two promises by these two leaders as a check on them. They both went to sign the Peace Pact a few days to the election.

We took off into the elections and violence characterized many areas across the country. Notably Odododiodio constituency in the Greater Accra region. Where two innocent Ghanaians were killed by some gunmen. In Ablekuma Central, where one Collins allegedly from the office of the president sporadically opened fire at the supporters of NDC causing the death of Ibrahim Abbas who was polling agents of NDC, injured dozens including a state police officer. All are currently battling for their lives at korle-bu Hospital in the Greater Accra region.

The same story of opening fire on civilians at polling or collation centers also happened at Kasua in the Central region, western region, Techiman where two innocents Ghanaians were killed with several others with various degrees of injury currently fighting for their lives at the hospital, etc. And all these killings and shootings were done by some forces from the presidency. Many concluded that president  Candidate Akufo Addo unleashed his hoodlums to subvert the sovereign will of the people.

There were also cases of incumbents NPP MPs not allowing collation to take place as the law stipulated. Rather they used some forces that didn’t look like the military from the Armed Forces of Ghana. Seizes the Returning Officers took them to secrete locations. Wrote figures of their choice without collation on the summary sheet(a pink sheet of collation) then given to Returning Officers and ordered them to declare in their favor without any other political party representative as stakeholders present as against the law.

Ballot paper issuer was caught putting ballot papers in the ballot box that was thumbprint for Candidates Akufo Addo. Other members of NPP were caught with ballots papers pre-thumbprint for Akufo Addo in millions with the official stamp of EC on it. The same was the case across the country.

After all said and done the NDC petitioned the EC with concerns which by law should be addressed before declaring the outcome of the presidential election. The EC according to Rojo Nunu the rep for NDC in the strong room, described the Character of the EC chair as bad faith. Because she sent him to Candidates John Dramani Mahama to arrange for a meeting to address the concerns of John Mahama and NDC before proceeding to the declaration. However, the EC after she fraudulently succeeded in kicking the reps of NDC went ahead to declare the results of the presidential election on the blind side of NDC.

The declaration was also said to be prerecorded and played back as a declaration of the presidential election. The EC quoted figures and attributed them to parties which when summed is over a hundred percent.

The NDC was quick to react pointing to incontrovertible evidence of mistakes by the EC in her declaration of percentages.  So the next morning the EC rushed and changed figures and continuously did the same for about six times. And according to a renowned statistician still the figures EC put to score the president 50 percent plus is still wrong challenging EC and anybody who doubts him to come and debate him on the figures.  Mr. Ahetor explained that per the final Gazette figures none of the presidential candidates attained the 50%+1 therefore the declaration of Akufo Addo as president-elect was a fraud.

European Union Election Observers Mission said there was no transparency at the collation centers as the military was used violently. CODEO said there were infractions in the election.

H.E candidates John Dramani Mahama and the NDC stood firm on their promises of won’t accept an outcome of a flawed election. Exactly so they made the first rejection of the election on the 9th December 2020 a few hours after EC made declaration of the presidential results. Through the minority leader in parliament and MP-elect for Tamale South Hon. Haruna Iddrisu.

H.E Candidates John Dramani Mahama himself in a press briefing at NDC national headquarters on the 10th December 2020.Rejection as promised that he and NDC won’t accept a result of a flawed election.
VON is calling loudly on H.E Candidates Nana Addo Dankwa Akufo Addo, to also stand firmly by the promise he made. He Akufo Addo won’t accept to be a president of a flawed election. Just like John Dramani Mahama and NDC did we say Akufo Addo MUST do the same by rejecting the election results to save his hard-earned integrity as the whole world is watching.

Candidate Akufo Addo should do this by publicly rejecting the results of the presidential election which doesn’t add up and to the honor to Relinquish the title “President-Elect” as he is NOT the president-elect on the face of EC figures.

We have seen enough shreds of evidence that renders the just-ended presidential results of the EC fraudulent hence flawed. As Voice Of the Nation therefore our clarion call and demand for Akufo Addo to prove his honesty and credibility to the Good people of Ghana who he seeks to rule for another 4 years.

VON is optimistic that the president will adhere to its call for the better good of the entire nation. Long live Ghana, long live our Democracy which we have chopped successes that earn us as a country a beacon of Democracy in Africa.